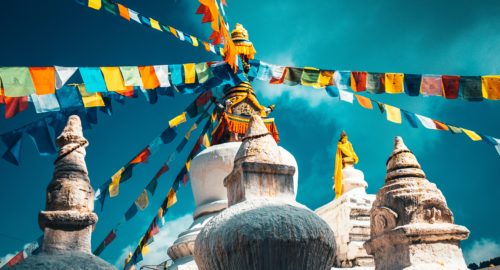 While China-ascendant geopolitics becomes an increasing reality, and the focus in Asia and beyond is on how other states can cooperate, compete, adjust or contain China, what is often missed is the weaponization of emotions, sensitivity, and “hurt” by the Chinese state. Any criticism of China on Uyghurs, Hong Kong, or Tibet leads to a reaction along the lines of “this is our internal affairs”, or “this hurts our national sentiments.” In this book talk, Prof. Dibyesh Anand will discuss how “hurt”, “national humiliation,” and “national sensitivity” are politically constructed foreign policy tools for China, arguing that there is a fundamental disjuncture at the heart of modern nation-state project in China. The speaker will describe China as anti-imperialist in its foreign policy rhetoric while being beneficiary and even practitioner, rather than the victim, of imperialism and colonialism. Finally, Prof. Anand will explain how the modern nation-state of the People’s Republic of China is colonial in what it sees as its periphery. With a focus on Tibet, this talk will argue for a critical understanding of China as an emergent global power.”

This talk is now available on our TIU Global Dialogue YouTube channel. Check it out here.